You’ve heard about the Bellagio Bandit. He’s the guy who drove up to the lobby of the Bellagio in Las Vegas on a motorcycle, ran up to a Blackjack table, and robbed it of hundreds of thousands of dollars. Then, in a flash, he stormed off, evading police for months. He was eventually caught, just as all casino robbers are.
Actually, strike that. It turns out not all heists end in an arrest. Sometimes, the casino thieves walk away from their heist, never to be seen again. Or sometimes, these would-be robbers get away with it and there’s not much the strong arm of the law can do.

Today, we’ve got three big stories, all of which prove that you can rob a casino and get away with it.

It’s all about the lasers 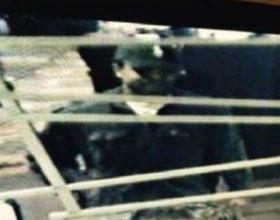 Imagine being a casino pit boss and watching a group of Roulette players win £1.3 million over two evenings of play. Chances are you’d watch these players like a hawk to figure out how they’re cheating the system. Arguably, they must be swapping chips after big wins and taking away chips after big losses, right? Or maybe they dumped their chips on Evens after the ball landed on an even number, right?

Well, none of that was happening, as confirmed by the eye in the sky. The wins left the security team at the Ritz Casino in London absolutely stumped. The winners cashed out and left the casino.

With the footage confirming the use of lasers, the three Roulette players were arrested. Bad news, right? Not necessarily.

It’s in the bag 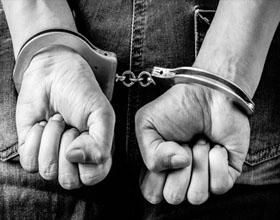 Robbing a casino doesn’t have to involve playing casino games using some sort of gadget or trick that helps you gain the upper hand. Nor does it have to do with robbing a casino at gunpoint. In some cases, it could be as easy as going about your day as normal.

Bill Brennan, a cashier who worked at the now-closed Stardust Casino in Las Vegas, was responsible for handling cash and chips. We’re talking big money. For years, he was trusted with all that cash and all those chips. And he exploited that trust big time back in September 1992.

Brennan made it onto the FBI’s Most Wanted list, but he has yet to be caught. Some believe he left the country. But it’s possible he’s hiding in plain sight in Las Vegas. No one really knows, but you can bet security is much tighter today than it was in 1992.

Have you seen the movie 21? It’s a story about a group of MIT students who end up learning how to count cards and subsequently destroy the casino scene, making millions of dollars by winning big at the Blackjack tables.

If you watched it thinking that it was one unbelievable fantasy that could never happen, get this. It’s based on a true story. There are some differences, though. In the movie, it was a math professor by the name of Micky Rosa (played by the legendary Kevin Spacey) who orchestrated everything, leading the team of card counters and initially financing the operation. But in real life, the team was lead by three students.

What’s more, while the movie claims everyone attended MIT, the truth is that the team included students and graduates of other schools, including Harvard.

What the movie did get right, however, was the use of code words. The card-counting Blackjack team included several players conversing with each other about the count. Players would come and go from the table, but they’d need to let each other know what the count is. But when you’re counting cards, you can’t exactly say, “The count is +16, bet high.” That would be foolish. You need to use code words. Every number had a code word, as follows:

For example, for +1, the team used the word Tree. That’s because a tree looks like the number 1. For +3, the word Stool came into play, primarily because a stool typically has three legs. Cat represents the number +9 because cats have 9 lives.

To be clear, the players didn’t just shout at these words. They’d work them into sentences. For example, a player might say “This iced tea is really sweet.” In this case, the player’s colleague would recognize that the count is +16 because the code word Sweet was introduced, which represents 16 (named after Sweet 16).

In the end, the players made millions of dollars. And they never faced charges because while card counting feels like robbing a casino, it’s not illegal to gain the upper hand by using your brain.

Make out like a bandit at Palace of Chance

Want to win without stealing? Play at Palace of Chance for the chance to walk away with so much cash you’ll feel like you just ripped us off. We invite you to test the waters for free by signing up for an account. We’ve got lots of free games to try, so go ahead and practice your card counting.