Donald Trump and Hillary Clinton are the likely candidates. They’ve clinched their nominations, both receiving the required number of delegates to become their respective party’s nominees. And they’re already battling each other out in the media. So, barring some crazy rewriting of the rules from party leaders or a huge scandal that forces a candidate to drop out, it’s going to be a Trump vs. Hillary election this 2016.

This is actually great news if you’re an online gaming fan. That’s because both candidates are relatively good for the industry. While they aren’t necessarily huge proponents of online gambling, they’re both unlikely to stand in the way of legalization of online gaming, nor will they seek to ban it. Today, we’ll explore why.

Donald Trump was in the casino business 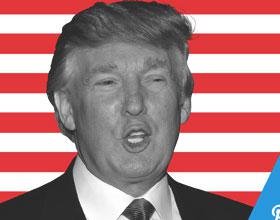 Donald Trump isn’t just a fan of casino gaming, he was at one time actually in the casino business. There were a number of Trump properties in Atlantic City at one time and the Trump Taj Mahal still stands there today. It should be noted that Trump Taj Mahal isn’t actually owned by The Donald, however the casino retains the right to use his name on their property.

As Trump was a fan of casino gaming throughout the ‘80s and ‘90s, he is more than likely to follow suit with the other big gaming conglomerates and take the position that online gaming is good for the state coffers and the casino businesses themselves.

At this point, it’s not clear whether NJ Governor Chris Christie will be Trump’s Vice Presidential pick, Secretary of State should Trump be elected, or some other member of cabinet. But ever he tossed his support behind The Donald after dropping out of the Republican Presidential race, Christie has been seen at campaign stop after campaign stop alongside Donald Trump.

This is an important point. Chris Christie is responsible for regulated online gaming in New Jersey. As Governor, he approved a bill that gave Atlantic City casinos the right to operate online casinos and online poker sites, and serve players in the Garden State. With Chris Christie in his inner circle, Trump is unlikely to change the dynamics and regulations that exist in the online gaming industry.

Clinton voted in favor of the UIGEA, but…

One look at Hillary’s voting record reveals that she voted in favor of the Unlawful Internet Gambling Enforcement Act of 2006. That’s the bill signed into law by then-President George W. Bush that essentially made it illegal for credit card companies to process gambling transactions, thereby forcing some big players out of the US market. 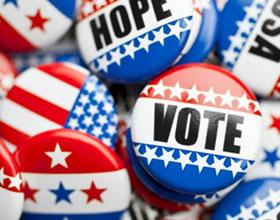 But the UIGEA was controversial, not just in its content, but in the fact that it was tied to a Safe Port Act, which was essentially an anti-terrorism bill. By voting ‘No’ on that bill, Senators would essentially be saying that they approve of terrorism.

Under Democrats, the Department of Justice clarified the Wire Act

Under the Obama administration, of which Clinton was a part of as Secretary of State, the Department of Justice came out with an opinion that the Wire Act only applied to sports betting. That decision paved the way for individual states to get in on the online gaming scene. And as soon as that opinion was made, New Jersey, Nevada, and Delaware went to work to create a regulated online casino market.

If elected President, Clinton is unlikely to revisit the Wire Act, so it’s safe to say that states will be able to continue to offer online casino games. And further to that, online casinos that operate from other international jurisdictions will still be able to serve players as they currently do.

A big part of Trump’s campaign speeches and debate talking points has been about how the government is doing everything wrong, or that they don’t know what they’re doing at all. Under Trump, we can expect less red tape, less government intervention. And because Donald Trump loves big business and believes that when businesses thrive, taxpayers thrive, we can expect him to keep the market open. 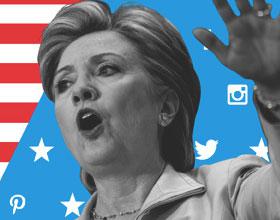 Or so it may seem. In 2000, she backed a casino plan to open a property in the Catskills while she was a New York Senator. But she hasn’t always backed casinos. In Arkansas, she was firmly opposed to them. While some might see this as flip-flopping, we see it as understanding the needs of the State and its visitors. As President, she would likely keep the market open and leave it up to individual states to determine whether online casino gaming is right for them.

At this point, both candidates are looking good to those who support online gaming. Early on in the Presidential Primaries, things were up in the air. Ted Cruz was a wild card, though he likely wouldn’t want to interfere with state rights. But Marco Rubio, while he had never really made much headway, was scary for the industry, particularly because he was financially supported by Sheldon Adelson, a casino tycoon who wants to ban online gaming.

But here we are with two candidates who are good for the industry. With that said, US politics is, well, very political. And anything can change on a dime. If the hit Netflix series House of Cards has taught us anything, it’s that unexpected deals can be made at the drop of a hat, things change on a dime, and you should expect the unexpected. Therefore, we won’t really know either of the candidates’ stances on online gaming until something actually happens while elected. And hopefully, nothing will.