Welcome to the casino. Back before online gambling grew into an international phenomenon, people looking to put their hard earned cash on the line in their favorite games had to make the trek to a brick and mortar casino. These establishments are often huge, serving as multi-million dollar monuments to the gambling industry and the almighty greenback. Over the years, millions of gamblers have stepped up to the tables at casinos around the world, and almost all of them expected to overcome the odds and walk away with a healthy slice of the house’s cash. For the vast majority of these players, that dream began to quickly fade away once play began, and it became painfully obvious how casino owners can afford to build such huge and luxurious casinos in the first place. 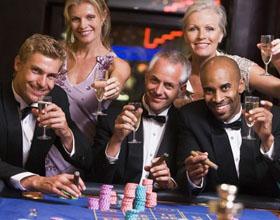 Still, what’s life without a little risk, right? Players continue to flock to destinations like Sin City, Macau and Singapore to throw down their savings and attempt to beat the house. While most of these individuals are on the highway to disappointment, not everyone has such a pie in the sky view of the casino industry. Bill Zender is a former professional card counter, dealer and casino floor manager, and he’s got a collection of tips for beating the odds at the casino . His first tip is that the best paying machine in the casino is always the ATM, but we’re not here for sarcasm. That’s why we’ve fished out some additional tips to help you raise your chances.

As you might’ve guessed, former professional card counters have a knack for digging out any edge they can muster at the casino. Sometimes, taking advantage of a little carelessness on the part of the dealer is just par for the course. Current estimates suggest that there are fewer than 100 professional card counters on the planet, and even the best can only hope to enjoy a 1.5 percent advantage over the house. Instead of counting, put your energy toward finding sloppy blackjack dealers. Zender suggests that finding dealers who accidentally flash the face-down card during games isn’t nearly as difficult as counting cards. This strategy, known as card holing, can give players an advantage of as much as nine percent over the house, and it’s totally legal. Bad training by the casino can lead to big winnings for the eagle-eyed player.

Take Advantage of the Laws of Nature 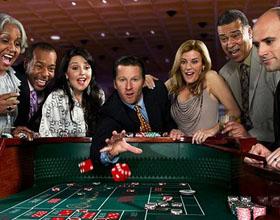 Mechanical instruments are bound to wear down overtime, and this wear can have a negative impact on intended performance. The roulette wheel is no different. The older the wheel gets, the more worn down it becomes, and this can lead to patterns. In 1873, a man named Joseph Jagger put this theory to the test and became a casino industry legend. After close examination of roulette wheels at the Beaux Arts Casino in Monte Carlo, Monaco, Jagger determined that certain numbers on the wheel hit at a higher percentage than others due to the bias of the wheel. In just three days, Jagger exploited this tendency on the way to thousands in winnings. Eventually, the casino discovered the issue and replaced the wheels, but not before the man who broke Monte Carlo cashed in on the laws of nature.

Stick to the Tables

Slots are popular. In fact, they’re the most popular form of casino gaming. If you really want to win, buck the trend and go for table games instead. The average slot machine is roughly two to three times more costly to players than table games, according to Zender. If you still want to get your fix of the one-armed bandit, though, there’s one tip that can help you maximize your chances: go big! Slots that cost $5 or more feature much more favorable odds than penny and nickel slots. Low denomination machines are some of the worst bets on the casino floor. Speaking of bad bets, keno. Did you know that no gambler in recorded history has ever matched all 20 numbers on a 20-spot ticket? It may seem surprising until you discover the odds of it occurring are one in 3.5 quintillion. Throw in a 35 percent house edge, and you’ve got a recipe for losses. 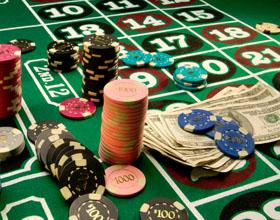 If there’s one game on the floor that offers an edge to skilled players, it’s video poker. Machines have pay tables posted for all to see, and payoffs are usually high. While the majority of machines have a slim house advantage of less than 0.5 percent, it’s not unheard of for a machine to lean in the players’ favor. Casinos are able to offer these amazing odds because most players simply don’t have the skill needed to take advantage. For players who really want to beat the house, though, a crash course in the art of video poker is a must. Remember the old saying: practice makes perfect.

We know, we know. Skipping out on free drinks sounds like blasphemy! However, the truth is that, in the casino, nothing is free. Casino managers go to great lengths to predict the amount of cash you’ll lose during play, then they return a portion of those losses in the form of watery well cocktails. If you find yourself getting thirsty while playing video poker, don’t be surprised. Just take the short walk to the bar and buy yourself a drink. Take it as a complement that the casino doesn’t expect you to lose very much, then prove their theory right by raking in some cash.

Can you beat the odds at the casino? It’s unlikely. There’s a reason why the casino industry reports millions in revenues with each passing quarter. That said, the possibility of winning big has attracted gamblers for generations. Follow these helpful tips in order to maximize your odds, and you could be well on your way to a payday. Keep your eyes on the prize, and play like a champion. If you win, remember to walk away before you give it all back. Good luck!